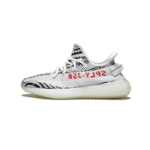 Would you like to buy an adidas Yeezy and didn’t get anything from the previous drops? Here you can find all the news about the adidas shoe line in collaboration with rapper Kanye West. We’ll help you never miss a popular Yeezy release again and we’ll show you where you can buy the Yeezy Boost models here on this page.

What adidas Yeezy models are there anyway?

The Yeezy 750 Boost was not only the first to appear in the collaboration between adidas and Kanye West, but also the most limited. The quantities of the gray hi-top were so small that only the fewest could buy the Yeezy. After the spawn of the most current colorway, the Chocolate, is already several years ago, the sneaker with the high shaft is considered discontinued.

Although its predecessor was strongly reminiscent of a boot, the 750 was followed by the Yeezy Boost 350; a very low-cut, pared-down sneaker. The second project of Kanye and the 3-Stripes was, despite a higher edition, sold out just as quickly as the first edition. All three colorways, the “Turtle Dove“, the “Pirate Black” and the “Oxford Tan“, continue to enjoy much popularity among sneakerheads and are highly traded in the resell.

The Yeezy Boost 350 V2 is considered the most comfortable Yeezy, thanks to its elastic Primeknit upper and Boost technology in the sole. The sneaker, whose first drop came in the “Beluga” colorway, was an instant classic and constantly on the feet of kids, as well as artists and athletes. There is hardly anyone who doesn’t have a single pair of the “Cream”, the “Zebra” or the “Oreo” in their collection. One of the most popular colorways is the adidas Yeezy Boost 350 V2 Sesame. So Kanye West’s promise seems to be kept: Everyone should have the opportunity to buy a Yeezy!

The Powerphase is the first silhouette chosen from adidas‘ existing archive. The slightly modified, retro fitness sneaker now comes in monochrome colorways and with subtle “Calabasas” branding. With its clean look and low price of 140 euros, it is the perfect option for any Kanye fan who likes it simple on their feet. There is a Yeezy for everyone 😉

Although the “Wave Runner” was already available in winter via yeezysupply.com, the Yeezy Boost 700 could not be purchased until over 6 months later on adidas.de. Still, no one seems to have had their fill of the “Jet Ski” yet. Could this be because the adidas + Kanye West Yeezy Boost 700 is one of the more limited Yeezy releases?

Besides the Powerphase, the Yeezy 500 is the only other model without a Boost sole. But don’t worry – the adiPrene technology is also very comfortable. The “Desert Rat” has so far been released in the colorways “Blush“, “Supermoon Yellow” and “Utility Black” and is one of the more unusual styles from Kanye West’s pen.

The Yeezy Foam Runner is the newest, and probably most discussed silhouette from the Yeezy franchise. The model is now available in several good colorways and is the cheapest Yeezy product on the market at around 80.00 Euros.

How do the adidas Yeezy models actually fit?

You can also get more info from the sneaker world via our free app!