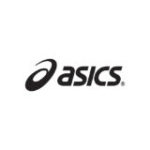 Asics has long been one of the go-to brands for sneakerheads, who bought their store collabs like hot cakes. Everyone wanted to buy Asics. The collaboration with Ronnie Fieg in particular bore fruit and produced many hyped styles that are still considered classics today and are still bought.

Asics was founded in Japan in 1949 and is best known for running shoes, although the first shoe they developed was a basketball sneaker. At the beginning the brand was called Onitsuka Tiger, named after its founder Kihachiro Onitsuka . The current name only came about in 1977, when it merged with another sports company. Asics is an acronym for the Latin phrase “anima sana in corpore sano” – healthy soul in healthy body.